This is a great article from T. Colin Campbell, PhD. Please click on the following link for more information and articles like this, for knowledge is power http://nutritionstudies.org/obesity-debate-something-new/

And now the article

It seems that no other public health problem gets more attention than the topic of obesity. It’s a significant societal issue. Yet, in spite of all the proposals, commentaries and research efforts, we still seem to have no solution or even a consensus on how to find a solution.

Although my research group was principally concerned with diet and cancer, we did have a few occasions to investigate diet and body weight change. I also personally presented at a couple obesity conferences but my views, although favorably received and published at the time, have not received the attention that I believe they deserve. So, here goes again.

Before starting, however, here are a few personal opinions on obesity for background.

First, I have never supported the decision, begun over 20 years ago to name obesity as an independent disease entity (with ICD and CPT reimbursement codes used by medical researchers and practitioners), said to be done to increase public awareness of the problem. But it also increases the opportunity for companies to develop and promote anti-obesity drugs because developing a specific chemical to attack a specific target appeals to a very large market willing to sell quick fix pills. [As I was writing this, The U.S. Federal Trade Commission, according to The New York Times, has just “charged four companies with deceptively marketing weight-loss products [with] ‘unfounded promises’ that consumers could shed pounds simply by using food additives, skin creams and other dietary supplements.” Can I say, “I told you so?”][1] But obesity is not a cause to be independently eliminated. It is the virtual opposite, a symptom or outcome that associates with many serious ailments and diseases having a common causation.

Second, I’ve never been impressed with the ‘calories in-calories out’ proposition for explaining long-term body weight changes. It sounds so simple but, alas, it is too simple—and superficial. Of course, consuming excess calories for a period of time can increase body weight, as well as consuming less than needed calories can decrease body weight. Similarly, regular exercise that increases calorie expenditure helps to decrease body weight. But, except for a good physical activity program having varied health benefits, focusing solely on calories in-calories out is likely to lead only to a fleeting, un-sustained benefit (days, weeks, maybe a few months). Instead, we need a sustainable solution that becomes part of a lifestyle.

Third, there has been much discussion and research on a genetic basis for obesity and convincing evidence confirms such a relationship under certain conditions, probably the most interesting being that which shows a genetic basis for controlling energy expenditure. That is, some obese people seem to harbor a stubborn ‘built-in’ (genetic?) inability to increase metabolism and expend less energy after they lose weight, thus making it more difficult for them to keep off the weight. Unfortunately, these folks may have to exercise a little more or consume a little less than a non-obese person to get the same results.

Fourth, I prefer to use the term ‘energy’, not calories. A calorie is not a physical entity but a measurement of the amount of heat (i.e., energy) entrapped in molecules of fat, carbohydrate, protein and alcohol. Have you ever seen a cup of calories, like a cup of sugar or fat or water? But I will use calories here because of its more familiar status.

Now let’s consider the way calories are expended in the body, for this is where I find something new. Most of this evidence was produced in my own lab.

This required some new thinking. One observation that intrigued me were the findings of a noted Harvard colleague of mine, Professor Mark Hegsted. He estimated that gaining or losing body weight for humans theoretically involved far fewer calories than generally recognized. He calculated that a gain of 4-5 lbs of body fat per year (equivalent to an even higher gain in total body weight) could be accounted for with as little as an extra consumption of 50 calories per day. However, we cannot sense this small amount as it is only 2-2.5% of a 2000-2500 daily calorie intake. This also suggested, however, that our body might have its own way of shunting those extra 50 calories, after consumption, away from making body fat. This was interesting because there also was evidence that low protein diets can shift calories toward the production of body heat (thermogenesis) thus sparing its being used to make body fat.[2][3]

So, we used these ideas to do some studies and here are the main findings. First, recall that animals given the low protein diet consumed more calories but gained body weight more slowly[4-11] while sharply blocking both early[4][12] and late[11][13] cancer (liver) development. We showed that these animals also consumed more oxygen,[14] produced more of a specialty tissue called brown fat[14] and increased norepinephrine (adrenaline) turnover rates,[14][15][16] which reflect a more active brown fat and increased metabolism. These low protein animals also were much more physically active, as shown by their voluntarily turning an exercise wheel attached to their cages[17]. These multiple health benefits associated with low protein feeding and greater metabolism were likely due to the extra calories being dispensed by the body, either burned off as body heat (thermogenesis) or expended as increased physical activity instead of increased body size (fat?). This was yet another example of the fascinating ability of the body to establish homeostasis and optimize health when a whole food, plant-based diet is used. You also might think of this as being similar to our having more energy after eating a ‘light’ meal than when we consume a high protein-high fat meal that sends us to the closest couch when we finished eating.

This evidence suggests that a whole food, plant-based diet without added oil/fat minimizes overweight and obesity while simultaneously repressing cancer development and reversing heart disease and type 2 diabetes. This points us to one cause (whole food plant-based diet), one effect (a constellation of diseases and obesity being prevented, even reversed), a long overdue idea that really works. 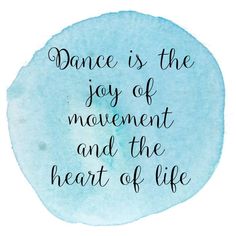 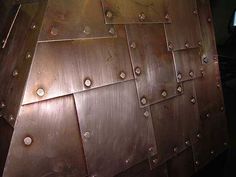 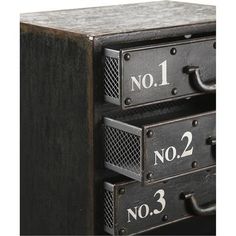 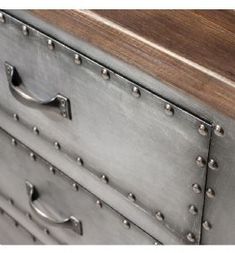